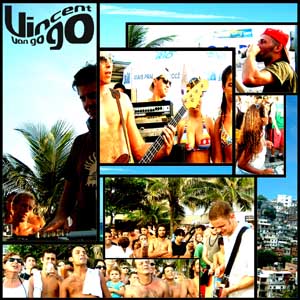 Vincent Van Go Go started recording the album in 2002. The album is recorded partly in Rio de Janeiro, Brazil and partly in the group’s own studio in Denmark. ”Our main goal is to make music with a positive vibe and make people dance. We believe that it’s possible to deal with serious issues in our songs and still stay positive on the whole. We aim to make people think about life while remaining hopeful about the future. This philosophy stems from a longtime fascination with Brazil and our trips down there continue to serve as a source of inspiration in our music”.

Vincent Van Go Go’s debut album “Do U Know?” was released in Denmark on January 23, 2006 on Murena Records