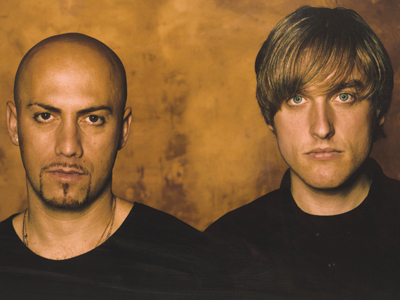 Puddu Varano is the Danish/Italian pairing of Alex Puddu (the Italian, who bashes drums) and Morten Varano (the Dane, who tinkles the keys and works the sequencer). They describe their music as a mish-mash of funk, 70's disco, house and last but not least soul, Latin and rock. Puddu Varano has now changed name to Varano

Both Alex and Morten arrived at dance music after earlier forays into rock and more experimental climes. Alex grew up listening to legendary rockers Kiss and played in punk bands from the age of 15 onwards; Morten (who is also recording as "Sunny Face" and is one half Slow Train / Slow Train Soul and Tummy Touch/ Voodoo Recordings signing 'Los Chicharrons' ), followed a more 'indie' path and cites Joy Division as a major inspiration.

After the release of their second album "Star 70" in 2000 they took their music out on the road to France, Germany, Denmark, UK, Portugal, Latvia and Italy and then, drawing on the inspiration from these shows, returned to the studio to record the follow-up. The singles On A Sunny
Day and Free Fall (with guest appearance by Thomas Troelsen from Superheroes) gained major support from DJ´s worldwide

3rd album "Time to Grow" from 2002 has a more laidback, jazzy feel to it. The track "Treating Me Mean" received support from Richard Dorfmeister and Josh Wink. The first single "Blue Sky White Sand" which features the incredible vocals of Lady Z went straight to No. 1 on Ben Watt's (Everything But The Girl) chart. Another single "Back To You" gained plays from Roger Sanchez on his radio show. The album also has vocal input from Pernille Rosendahl (Nominated for 5 Danish Grammy Awards). On percussion is the legendary Robin Jones who has played with Sade, Tito Puente, Charlie Palmieri, Lalo Schifrin and Stan Getz amongst others.

In 2003 Alex Puddu left the band and is doing his solo project "Alex Puddu & the Butterfly Collectors". Morten Varano is continuing the project as Varano and will be touring live with Puddu Varano and Varano material.

Puddu Varano is no longer touring. visit the "Varano" page for info on Varano live shows